The piece IN TO PAINTING [ITP] consist in several stages or attempts to enter the painting.

Initially the classic landscape ‘Paisatge de alta montaña’ by Joan Colomers is interpreted and sized up in a monumental painting. The result of the large scale landscape in the room, is an immidiate change in the arquitectonical sphere which evokes a primary urge to enter the actual landscape.

Hereafter overtures are made to enter the painting, first by simulating actual presence in the landscape in an improvised perfomance represented in a 12” video.
The static wall however kills the ilusion of the open room and and the attempt is rejected. This act is followed by a ‘psycedelic powerstatement attack’, drawing at the landscape.

The attempt to enter the landscape culminates in the destruction of the actual painting by cutting through and opening the canvas, creating a fullbody tailorpiece. As final step, the tailorpiece is entered. The painting faces the body when stepping in to the painting. 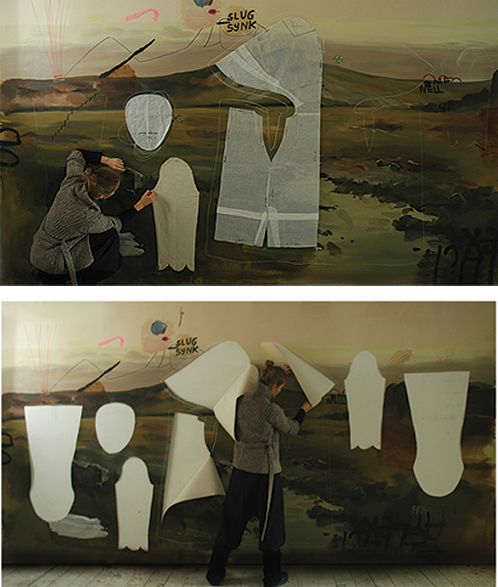 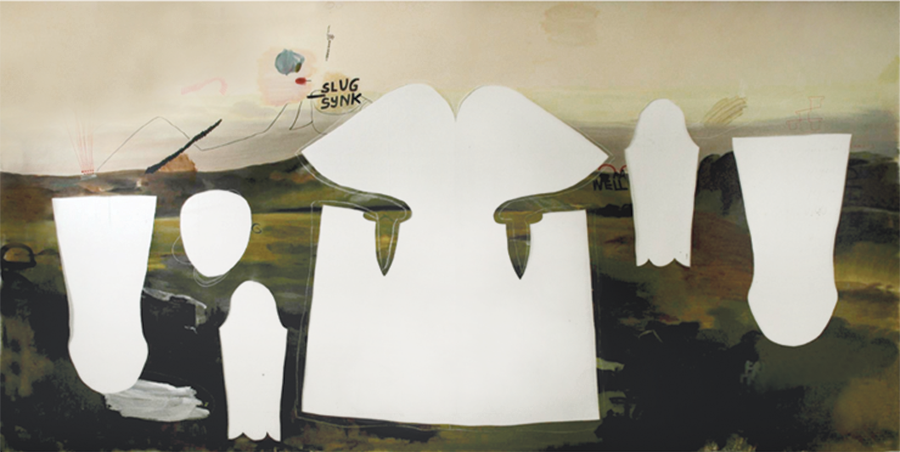 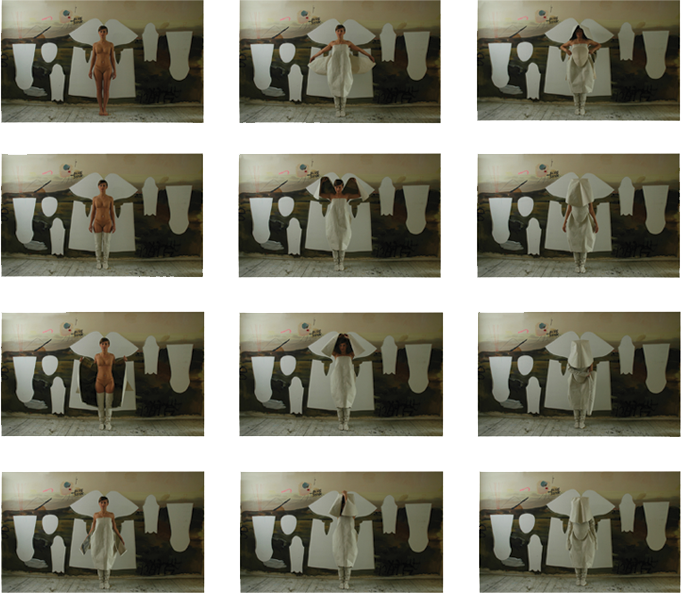